This picture is courtesy of Orsolya.

A lot of working people do a First Aid course every three years as a requirement of their job. Industrial courses usually last one to two days, assume that an ambulance will arrive within 30 minutes, and concentrate on urban hazards such as slips, trips, asthma attacks and electrocution.

There are also longer courses for outdoor professionals such as kayak instructors and guides who may have to deal with hazards like hypothermia and drowning, and who may have to keep a casualty alive in a tent for several days. Much more fun. In the US and Canada, standard qualifications are the 40-hour Wilderness Advanced First Aid course (WAFA) and the 80-hour Wilderness First Responder (WFR) course.

It is possible to make out a good case for carrying no more than a roll of 2-inch wide waterproof duct tape. With that, you can temporarily repair most damage to people, clothing or equipment.

This minimum First Aid kit will fit easily into a small dry-bag which also contains a minimum repair kit and your money and car keys:
• A roll of 2-inch sticky tape and
• A military "shell dressing". That is a sterile absorbent pad in a tough waterproof pouch the size of a packet of cigarettes, with tapes to attach it to the casualty. Even if a shell dressing has never left the store room, it has an expiry date. You can buy the time-expired ones cheaply from military surplus stores. See Retail Outlets. You may be able to buy the civilian equivalent from a good pharmacy or a specialist medical supplier.

For an advanced expedition where injury is more likely and professional help is further away, it is good if at least some of the group have done an advanced First Aid course within the eighteen months.

Your editor's own kit is a small waterproof box containing the following, each of which is sealed into a Zip-Lock plastic bag before the box itself is sealed with waterproof tape:

• Roll of 2 inch wide waterproof sticky tape.
• Shell dressing. See above.
• Two wound dressings, 4 inch x 14 inch, absorbent cotton with perforated film on one side. For example, Melolin.
• Two 2-inch cotton crepe bandages.
• Three large (2-inch) safety pins.
• Pack of ten 4 inch x 1/4 inch self-adhesive strips such as Steri-Strips. Used to close wounds which would otherwise need sutures.
• Pair of thin, disposable latex gloves. The main purpose is so that the First Aider does not contaminate the casualty's wound.
• Small pair of sharp scissors. Not the useless little scissors supplied in commercial First Aid kits.
• Surgical tape. A non-waterproof permeable non-woven synthetic adhesive tape such as Micropore or Fortuna is good for attaching wound dressings to dry skin. It also makes an excellent "on the water" dressing for the blisters on the thumbs of an inexperienced kayaker.
• Selection of waterproof sticking plasters for small cuts.
• Micro bottle of antiseptic solution for disinfecting cuts.
• Short, strong tweezers with sharp points that actually meet. We love the Miracle Point "Splinter Expert".
• Small nail clippers.
• For cracked skin on hands, a good cream such as Neutrogena.
• Antiseptic cream such as Savlon.
• Ordinary painkiller tablets for headaches, etc.
• For trips where you might encounter a venomous snake, scorpion or centipede, a venom extractor suction kit like the Aspivenin or the Sawyer Extractor, and a compression bandage to slow down the rate at which venom enters the rest of the body. 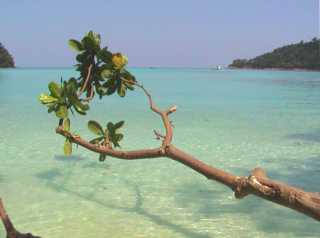 No doubt you will get the usual vaccinations recommended for travel to your destination. Note that in areas where hepatitis A is widespread, it has been found in both fresh water and sea water.

Is there is a malaria risk in your destination country, or any country where your aircraft will set down on the way? You might be surprised where you can catch malaria. Europe is generally free of the disease but it was widespread in Greece until the 1930s and there was an epidemic during the German occupation in 1943. It is still present in some parts of Turkey.

There is a malaria risk in parts of the Caribbean, Mexico and the Middle East. It is present in most of South America, Africa and SE Asia. You can obtain anti-malarial medication from a physician before travelling, and take precautions to reduce the number of mosquito bites. See Insect Equipment.

Will you be able to drink un-filtered water from streams without boiling it first? In tropical countries, is it safe to use local tap water or bottled water for drinking or cleaning your teeth? Is it safe to eat salads washed in tap water? See Water. 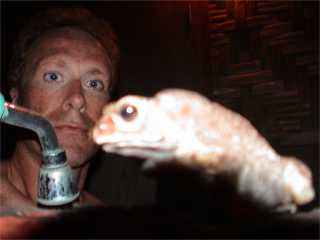 Will there be snakes, scorpions or toxic centipedes? If so, it is worth carrying a little venom extractor suction kit and compression bandage.

Also, find out how to deal with any bites and stings you may encounter, including those of jellyfish. Some venom yields to the immediate application of water as hot as your skin can bear, and/or a mild acid such as lemon juice or vinegar, plus prompt application of a compression bandage. Some requires the appropriate anti-venom serum.

Your editor was once bitten by a tropical centipede which shot up his leg during dinner and punched two large, bloody holes in his shin. This is quite painful and normally causes severe swelling for several days. A team from Bristol Zoo happened to be sitting at the next table with a venom extractor kit, and about a minute later a local man emerged from the kitchen with a bowl of hot water, a cloth and half a lemon. Thanks to them, he got off lightly!

If you are lucky enough to live in a country where antibiotics and other pharmacy supplies are always of good quality, bear in mind that in most of Africa and parts of Asia they are often counterfeit and will have little or no effect. You may be able to obtain some antibiotics and other medication from your own physician or pharmacist. 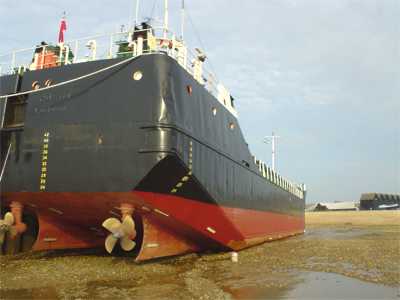